COMBAT SERE training is our latest training offer. Along with shooting instructors from Tactical Team .45 we are pleased to invite you to an unprecedented training. It combines green tactics, actions during the breaking of contact and escape and hiding in the territory occupied by the enemy. 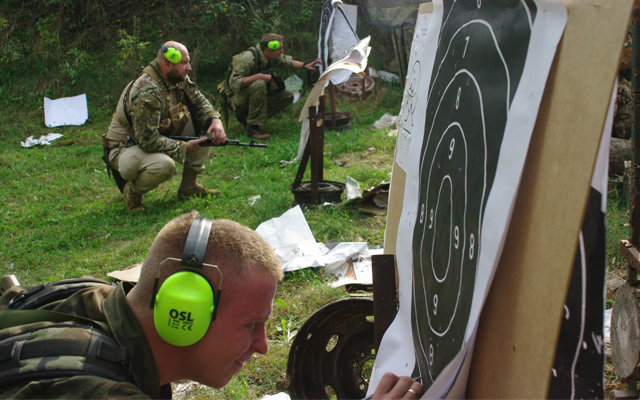 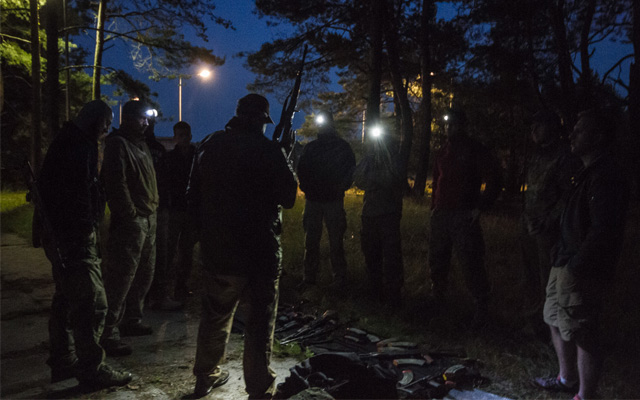 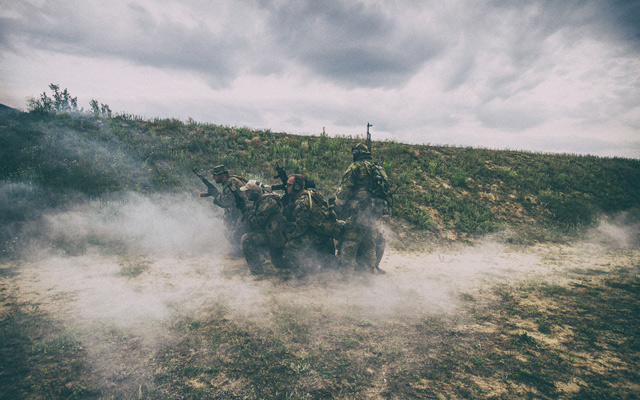 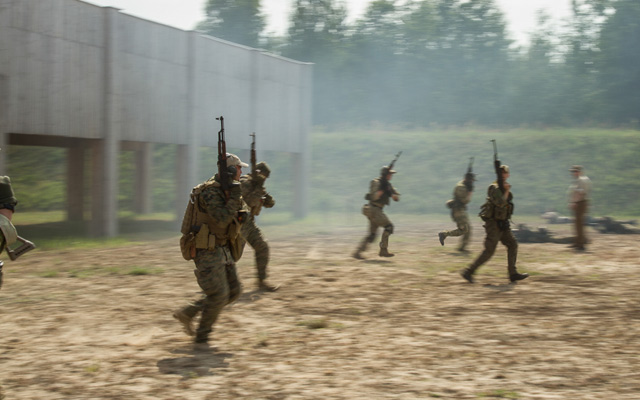 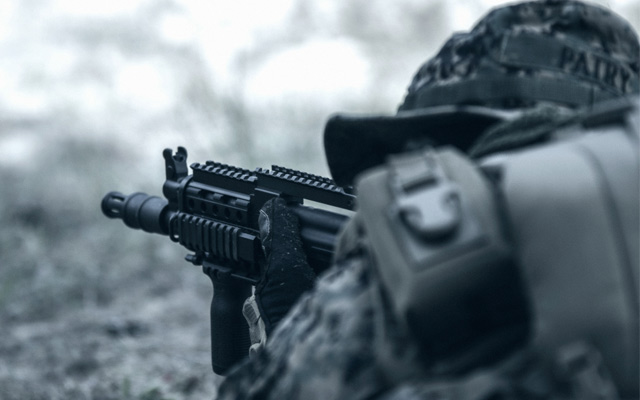 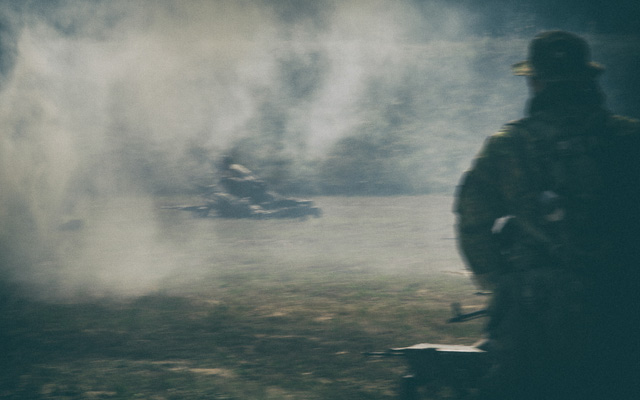 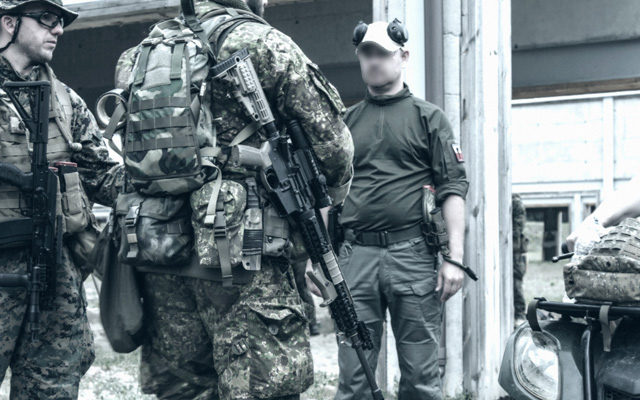 The name “green” does not mean only actions in the forest. It is a set of behaviors that work well at any open space. In the bush, steppes and sands, these procedures will be identical – how to lead a patrol, how to prepare for it, what to take, what to pay attention to.

This term means procedures in case of unexpected contact with the enemy. As a rule, you can only win in one way. To answer quickly and brutally by rapid-fire, and under its cover to retreat and regroup or disappear. Everything depends on the terrain and task. A scenario for the exploratory group will be different than for the other group which had to perform a diversionary or assault task.

What are procedures when breaking contact? Who does what and where? How to move, how to change magazines, how to secure. It is just a couple of issues that we will discuss and present.

If a group met at the point of RV and everything is OK, this mission goes on according to predetermined scenario. But what do you do when sweaty, tired of waiting for the backpack waiting in a RV point and just passing the time waiting for the team and no one is there? How to find yourself in such a situation? How to navigate at night without even a bit of light? How to find RV points. How to navigate in the enemy territory? At this stage, we will show what to do in a situation of isolation from your team. How to track and avoid tracking. How to build a hidden shelter but most of all; how to escape that no one found you.

Combat SERE is a set of behaviors and procedures ranging from break the fire contact to the escape and lonely hiding on the enemy territory. This is not a weekend course or playing survival. It is physically, as well as mentally demanding perfection training.

Training is 99% practical exercises. There is no unnecessary talk or sitting in the room and listening. Here you will really sweat, truly get wet and will not gain such experience anywhere else.

WORK SAFETY REGULATIONS and PROCEDURES OF HANDLING OF WEAPONS

The lecture is based on the examples of the true events that took place during some special operations around the world (eg. Bravo Two Zero Patrol, shooting down of Scott O’grady, Operation Red Wings). Presentations will also involve full-time soldier equipment on the battlefield.

Training is aimed at practical activities.

We provide the following on the training:

Ask about the availability of deadlines.

All the training is based on “real” firearms.
Training localization is: Ciechanowiec 130km east from the Warsaw

Subscribe to our newsletter. You will get information about all the dates of training.
Serwis wykorzystuje pliki cookies. Korzystając ze strony wyrażasz zgodę na wykorzystywanie plików cookies. dowiedz się więcej.